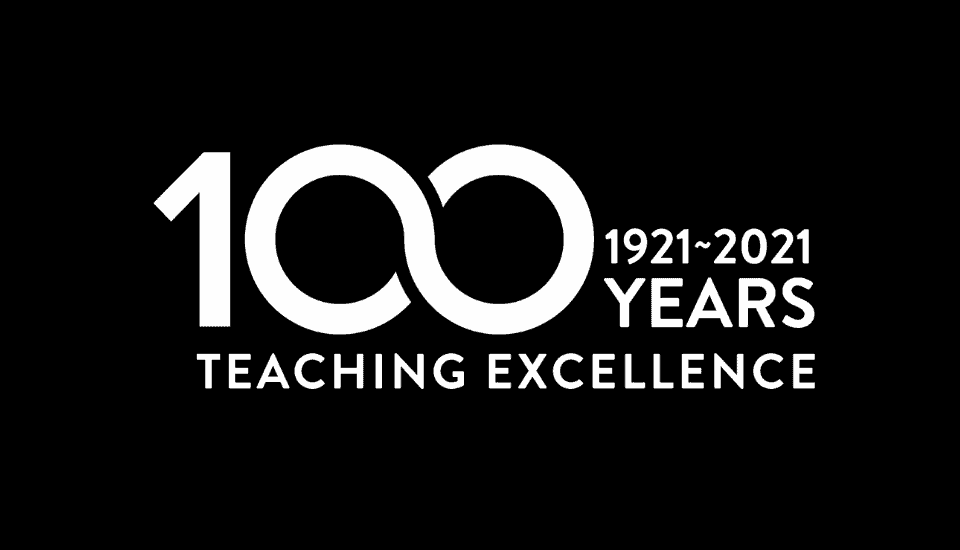 In 2021 Oaklands College turned 100 years old after first opening its doors in 1921 as ‘Hertfordshire College of Agriculture and Horticulture’, offering a service to the community by training ex-service men of the First World War and becoming a training centre for the Women’s Land Army.

That same year in 1921, the UK was amid a mining crisis, police patrol London on motorcycles for the first time and the first women are admitted to study for full academic degrees at the University of Cambridge.

The UK has come a long way since then, but so have we. We have continued to develop an outstanding reputation for teaching, not only in agriculture and horticulture, but also other areas, many of which have remained throughout the college’s history such as art & design, childcare and early years and public services. Adapting to the changing times, the college now offers courses in Hair & Beauty, Sport, Engineering and Hospitality & Catering to name a few, each with their own state-of-the-art facilities.

The original Mansion House still stands and remains the backbone of the college, however as the college has grown, so has the campus, expanding to Welwyn Garden City in 1991 and Borehamwood in 2019. Fast forward 100 years, Oaklands now looks ahead to an exciting new era with a brand-new St Albans Campus redevelopment, befitting of the college’s ambitions and commitment to providing exceptional further education to the local community.

As part of our centenary celebrations, the college has held a variety of events throughout the year to showcase the very best of the college’s campuses in St Albans, Welwyn Garden City and Borehamwood.

Stay Up To Date

Take a look back at some of the milestones in the College's 100 year history. 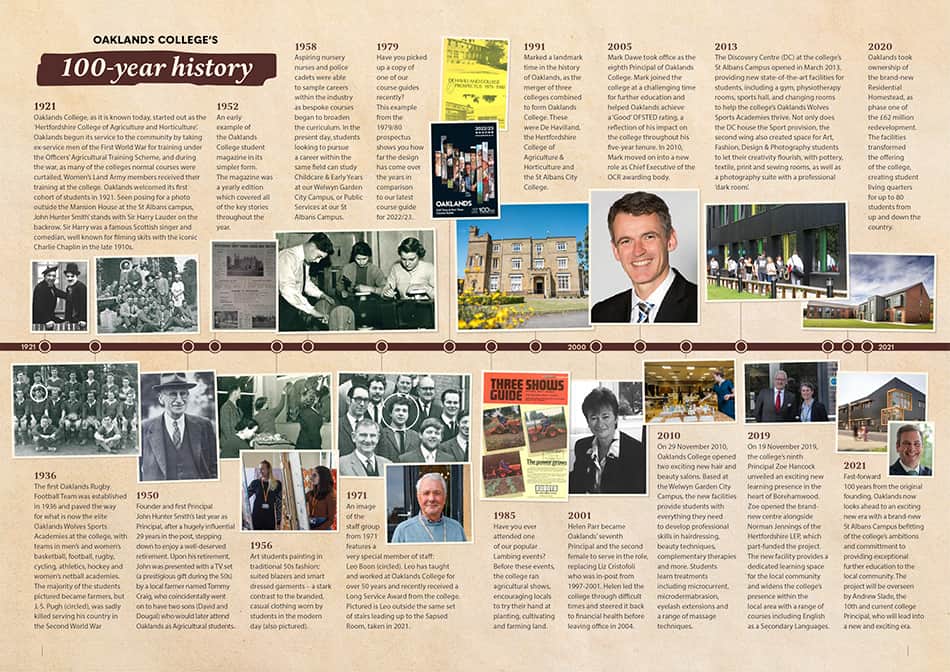